Isabela Cabral Pais Campos, daughter of Waldemiro and Maria Tereza Pais Campos from Itabirito, Brazil, is engaged to Jeff Waeger, son of Jeffrey and Helen Waeger from Dublin, Ohio. The couple plans a May 19, 2012, wedding in Belo Horizonte, Brazil.
Isabela received her degree in industrial and civil engineering from Federal Center of Technological Education of Minas. Jeff received his degree in finance from the University of Kentucky. Both are employed locally with GE Transportation.
The couple met in April 2009 while Jeff was working abroad. They've since accumulated many frequent fliers miles while maintaining an overseas relationship until August 2010, when Jeff and Bela were engaged in Brazil during Jeff's visit to celebrate Bela's college graduation. Bela joined Jeff in the United States and the couple now lives together in Millcreek. 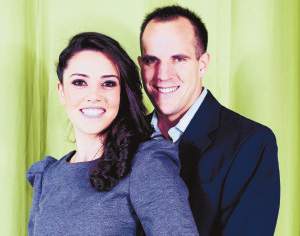